Next Adventure Series – Puffins, appreciate them while you still can

Colonies of the Atlantic Puffin had virtually vanished from the islands off the coast of Maine by the late 1800s, due to close to 300 hundred years of hunting.  Hunting for their eggs, meat, and feathers. Public outrage led to the formation of the Audubon Society which was instrumental in the establishment of protective laws

The National Audubon Society’s Project Puffin was established in the 1970s and run by Stephen Kress, whom we have had the honor of meeting right here at the Inn. Puffins return to where they were born to nest, so to bring them back to the islands off Maine, eggs were transplanted from larger existing colonies to connect the hatchlings to their new home. With puffins only laying one egg per year, is has taken years to reinhabit the Maine islands.

The Atlantic Puffin migrates in the spring to island habitats to mate and nest, after wintering at sea. It is at this time that their beaks and feet turn the colorful orange and red, for which they are known, in preparation of breeding season. After all they want to make themselves more attractive, as they rub their beaks together during their mating ceremony.

The puffin is only 8 to 10 inches tall when standing and 11 to 12 inches long from beak to tail when flying. They weigh just over 1 lb. They can fly incredibly fast, 48 to 55 mph, flapping their little wings up to 400 beats per minute.  They literally look like tiny footballs that whiz by in a blur.

We are incredibly lucky, as the southernmost island the Puffins inhabit is Eastern Egg Rock, which is a 20-minute boat trip from New Harbor. Hardy Boat Cruises runs the primary boat for National Audubon and Project Puffin, with 10% of every fare donated directly to Project Puffin. With two to three trips daily, depending upon the season, beginning in May going through August or until the Puffins migrate, there are many opportunities to experience this beautiful bird.

With the warming temperatures in the Gulf of Maine, the fish on which the Puffins feed are dropping in numbers, which can lead to underweight chicks therefore making survival in the harsh winter ocean difficult. While the water and air temperatures fluctuate, the Gulf of Maine is warming up 96% faster than the world’s oceans (Gulf of Maine Research Institute, Gulf of Maine Warming Update: Summer 2021, Announcement October 26, 2021). The puffins are not expected to adjust to the warmer conditions, phenomenon that can only be changed by addressing climate change measures.

The Bradley Inn is a 7-minute drive to the dock on New Harbor, from which the Hardy Boat leaves, making us a perfect location to plan your next adventure; seeing and learning about the Atlantic Puffin firsthand, while they still inhabit our beautiful coastal islands. 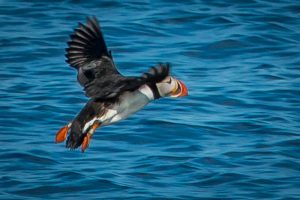 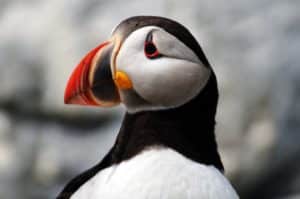 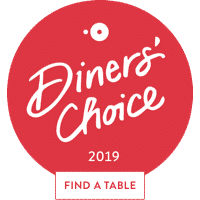